Eb felt the thump of her veins in her head, but the most noticeable aspect of the morning was, she had no idea where she was. ‘What the hell did you do?’ She mumbled trying to think back to the night. Only snippets of it flashed in her mind. Niko and Frank chugging beers down and whooping as their team scored; Frank’s gentle tug on her elbow; Jeff the bartender pushing drink after drink in front of her; her whistling as some burly old men hurled up beside her.

The room was barely decorated. A bed, a wardrobe, a standing mirror and a wicker chair beside the only nightstand with the lamp still on. No signs of photos to point her in the direction of knowing where or rather whose house she was in. Nausea threatened again and it wasn’t caused by the drinking. She rushed out of bed, towards the only door she could see. It launched her out into a short corridor.

‘Hello?’ She cried. ‘Where is your bathroom? I needed to throw…’

The other end of the corridor revealed a silhouette emerging. ‘How’s that head of yours?’
Eb squinted. Her eyes watered from the brightness, her head throbbed, and the need to throw up kept pressing on her throat. ‘Bathroom?’ She croaked. ‘I’m gonna be sick.’

Before she knew it, he was upon her, grabbing onto her arm with that familiar touch and lead her into one of the closed doors into a bright bathroom, straight above the commode.

‘Guess we discovered your poison last night.’ Frank chuckled despite Eb gagging over the toilet seat, holding her hair back for her. She didn’t think any part of it was truly funny.

‘I bet I look a sight,’ she sat back, the ache in her head calming a bit.
Frank shrugged, on the edge of the bathtub. ‘Nothing I haven’t seen before.’

Eb smiled. The vision of Frank rippled in front of her and she saw a different vantage point. Her and a man seated on the edge of the bathtub, both looking worse than the other. His face a blur. ‘Bet I look horrid, huh?’ She laughed dry. ‘Nothing I haven’t seen before,’ came the reply.

‘You feeling alright there?’ Frank leaned over her. His palm shaking in front of her face back and forth.

Eb shook her head. ‘You’re an ass Frank, you know that?’ She pushed off the floor. ‘I woke up in a fright.’

‘Unlucky for you, you were picked up by me!’ Frank laughed. A manly thud landed on her back as he walked past her at the basin. ‘I’ll toss us something together for brekky. I’m starving.’

Eb watched as he shoveled food in his mouth. Frank wasn’t joking when he said he was starving. She sipped the terrible drip coffee he’d made. She could use a bag of sugar and it still wouldn’t save it, but she wasn’t about to tell him that. ‘So?’ She started awkwardly, her eyes on the big chunk of bacon-egg-toast reaching his mouth. ‘We didn’t really end up together last night, did we?’

The moment the question fell out of her mouth, she wished she could take it back. It sounded sillier than it had in her head, and to be honest, she didn’t even know if she was the type of girl who minded these things and how they happen. With Frank’s deep brown eyes locked onto hers now, she couldn’t very well pretend she hadn’t asked anything, now could she?
‘Umm,’ she laughed, a nervous squeak coming out of her. ‘I hope I didn’t jump you and make this whole thing awkward, cause you know, that would be awkward. I mean, it’s not like you like me or anything, and I well, I think you’re handsome and all, but really, I haven’t thought about it, I mean us, before this. Today I mean…’ And as she went on, she saw his expression go from disbelieve to horror, offense, and then amusement. ‘Fuck! I really need to shut up. Tell me to shut up.’

Frank’s laughed rolled out so hard it caught her by surprise. Was he laughing at her? Or at the ridiculous things she was blathering about.

‘I’m sorry.’ She rose from her seat in a hurry, knocking over the coffee from her cup all over the table and the floor. She could feel heat rush to her cheeks and her eyes. ‘I’m sorry.’

Frank gave nothing away. ‘Sit down, Eb.’ She did so only out of curtsey. She actually felt herself shrink inwards and wished that the morning would fast forward till she was home and banging her head on the back of the door after Frank would obviously drop her off.

‘I’m sorry.’ She mumbled in one last  heroic effort, watching the coffee drip pathetically to the floor. ‘Your floor is getting dirty.’

‘You’re an odd girl, Ebony Watson. Odd girl.’ Shriveled up like a prune inside, she managed to crack a small smile. ‘Odd girl, but definitely fun to be a with.’

She didn’t mean to. She truly didn’t, but her mouth fell open in shock. So they had ended up together together last night? She swallowed the dry lump in her throat and rose slowly. ‘I’m gonna go clean your floor.’

Eb stopped short and turned despite it all. ‘Yeah.’

‘You were amazing last night.’ His lips curled in that insanely attractive lopsided smile she’d grown accustomed to.

Eb managed a quick smile before pursuing the paper towel in the kitchen. She would be spontaneously combusting there on his floor if spontaneous combustion of a highly embarrassed human were possible. She could only deduce that she was not the type to sleep around, and that from now on Long Island Ice Tea was out of the question. Oh, and Frank. Definitely Frank. 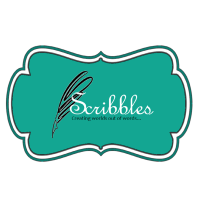 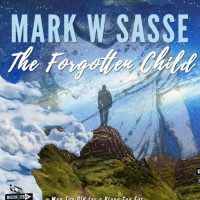 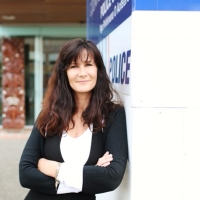 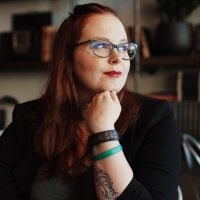